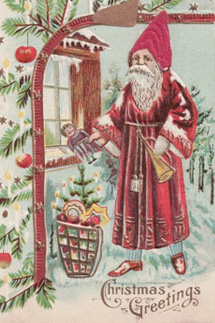 From Saint Nicholas, to Plum Pudding, the Christmas Pickle, and Rudolph the Red Nosed Reindeer, the Christmas celebration is an amalgam of religious and secular traditions celebrated all over the world as a singularly special holiday. Historians have several plausible theories about why we celebrate on December 25th but we know for certain that the first recorded date of Christmas being celebrated on December 25th was in the 4th Century during the reign of the Roman Emperor Constantine. A few years later, Pope Julius I officially declared that the birth of Jesus would be celebrated on the 25th of December.

The Scandinavian and Germanic countries spawned a long tradition of bringing evergreens inside the house and decorating them with edible items like cookies and apples. German glass makers began to craft ornaments for the trees and the tradition continued to grow and add new dimensions over the centuries. It wasn’t until the 19th century that the Christmas Tree became a staple of the British and American holiday celebration.

And how about that Christmas Pickle? In 1880 Woolworth’s started selling imported German glass ornaments, many in the shape of fruits and vegetables and pickles were among them. It is believed that an enterprising young salesman concocted a story saying that hanging the Christmas Pickle was an old German tradition, but I couldn’t find any old Germans to confirm that.

Of course there’s Santa Claus, mistletoe, carols, cards, candles and so many other practices and activities associated with our Christmas holiday that we can’t begin to tackle all of them in this space. So whether you say Buon Natale, Joyeux Noel, God Jul, Feliz Navidad, Happy Kwanzaa, Happy Hanukkah, or Merry Christmas, all of us at BC3 recognize this season as a time to celebrate with friends and family, reflect upon the past year’s endeavors, and ponder the promise of a new year.

If you are interested in learning more about the lore and history of the Christmas Season check out these web sites:

From the administration, faculty and staff here at BC3 we wish you a very Happy Holiday season and we look forward to helping you continue to succeed in the New Year! 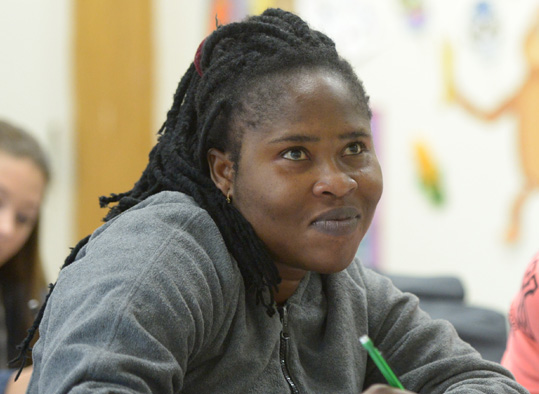