Access to all BC3 locations is currently closed to students, faculty, nonessential staff, and the public. Remote instruction will continue through the end of the spring semester. All college and public events are cancelled until further notice.   Read More

Dr. Nicholas C. Neupauer has served as president of Butler County Community College since 2007. His presidency at a single institution exceeds that of any current chief executive officer among Pennsylvania’s 14 community colleges, its 14 State System of Higher Education universities and its four state-related institutions.

Under Dr. Neupauer’s leadership, BC3 has been selected as the No. 1 community college in Pennsylvania in three consecutive rankings by Schools.com (2015, 2017 and 2019) and by Bestcolleges.com (2017).

Additional recent accomplishments during Dr. Neupauer’s presidency include BC3’s recognition by the Pittsburgh Business Times as having the highest salary-to-cost ratio among more than 40 regional public and private colleges and universities (2018 and 2019), and BC3’s Rho Phi chapter of Phi Theta Kappa, an international academic honor society, receiving a REACH Reward for membership development (2019) and its being designated as a five-star chapter (2017). BC3 cohorts have also won the Presidents’ Cup to culminate the Western Pennsylvania Community College Leadership Institute (2016 and 2018) and Victory Media has named BC3 a Military Friendly institution five times.

Fundraising has increased significantly since Dr. Neupauer became BC3’s president, with assets in the BC3 Education Foundation Inc. rising from $8.9 million to $18.5 million. A Pioneer Proud Campaign that ended in the fall of 2016 raised $6.85 million, overwhelmingly eclipsing its goal of $5.5 million, and included contributions from 82 percent of BC3 employees and board members. The college has received four $1 million gifts from private donors since July 2014.

Prior to being appointed president, Dr. Neupauer served at BC3 as vice president for academic affairs (2004-2007) and as dean of humanities and social science (1999-2004). Dr. Neupauer was an assistant professor and chair of the Communication Department at Marist College (1996-1999).

Dr. Neupauer has been recognized as the third annual Jean B. Purvis Community Cornerstone Award Winner, presented annually to an individual who has contributed significantly to the health and well-being of the community (2019); and was selected to receive the Shirley B. Gordon Award of Distinction, the most prestigious award presented by Phi Theta Kappa (2018). His expertise in communication was honored with the prestigious Pacesetter Award from the National Council for Marketing and Public Relations (District 1) in 2013, and the Arthur V. Ciervo Award from the Association of Communicators in Education for excellence in communication and public relations to advance higher education in 2010. Dr. Neupauer has also received a number of teaching awards. 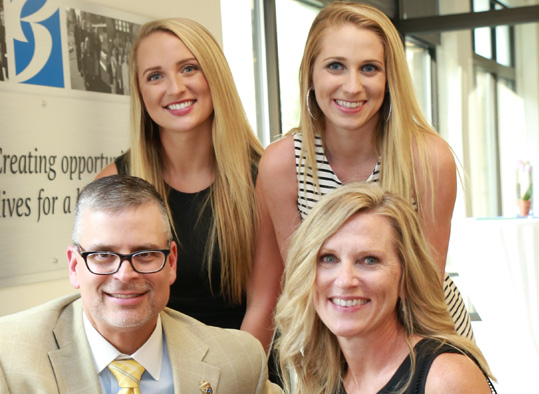